DURING THE 19TH CENTURY, photographic processes, by their very nature, were magical, ethereal, and alchemical. The images made during that time were often blurry, over or underexposed and wonderfully imperfect. The process of mixing liquid chemistry, usually in questionable environments, then brushing a coat of it onto paper or glass, made surfaces painterly, uneven, unstable and imperfect – thus revealing the artist’s hand.

The photographs in “Alchemy and Moonflowers” were made with a plastic camera called the Holga. The camera is a knock off of the original “Kodak Brownie” and the “Diana” cameras from the 1930’s. The camera has a plastic lens and both the aperture and shutter speed are set and thus cannot be controlled. Light leaks into the camera because its cheap plastic body is poorly designed. By intentionally mistreating the camera, I can achieve image blur, light flares and limited focus that all contribute to what I associate with the aesthetic of 19th century photography.

The photographer Julia Margaret Cameron (1815 – 1879) began taking photographs at the age of 49, when she received a camera from her daughter. I have always been attracted to her images for their spontaneity, spiritual quality, and relentless Victorian idealization of children and childhood. I also admire her resolute resourcefulness, which led her to convert her glass-roofed chicken coop into a darkroom. 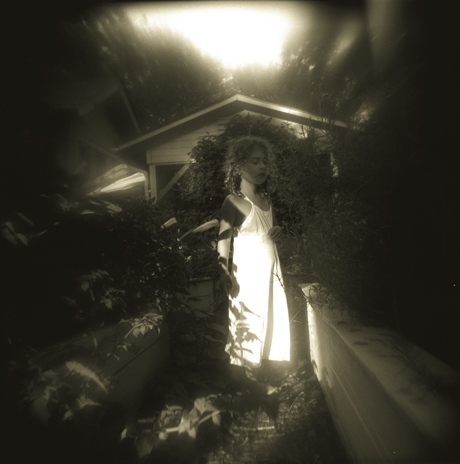 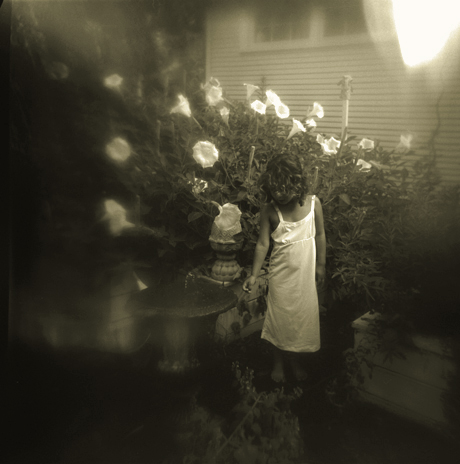 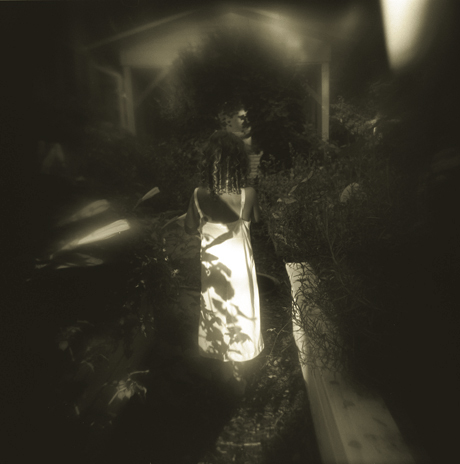 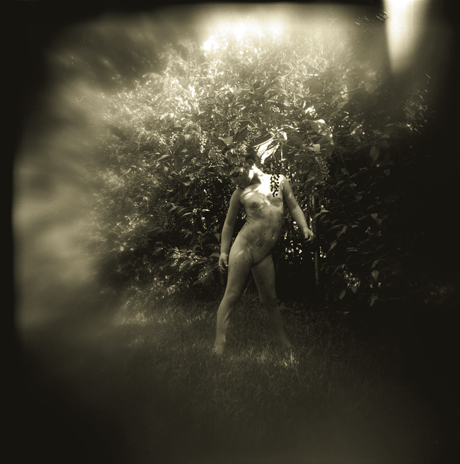